"When you get, give. When you learn, teach." – Maya Angelou 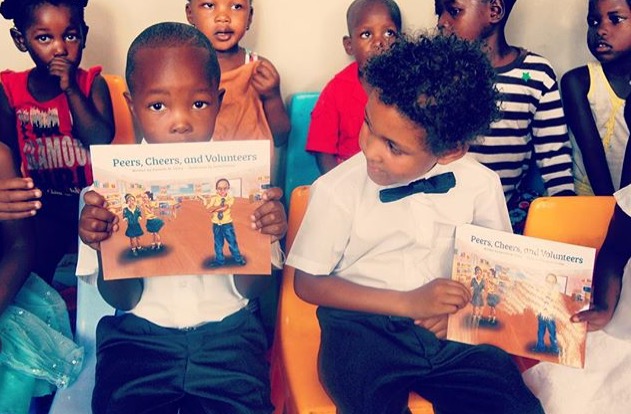 Flashback to January 2012, when I met a school librarian on a volunteer event in New York City. I innocently expressed how much I simply admired the books he had on display in his library, which then led to me inform him that I had a dream of one day becoming a published children’s author. In that moment, the universe conspired. The librarian said to me, without hesitation, “If you’re serious…I know authors, publishers, and illustrators. I can connect you with them. You can make this dream of yours come true.” I’ve invested energy in this idea numerous times before, but that particular conversation felt more authentic than any of my previous efforts. When I got home later that day, I sat down with the intent of writing the first page of a story. It wasn’t until the pen hit the paper, when I had a true realization of the need to craft a realistic fiction, with a message about the impact volunteers create in the world.

Available on Amazon.com for $9.99. Learn more by visiting the Facebook Page.

One thought on “Children Around the World…”